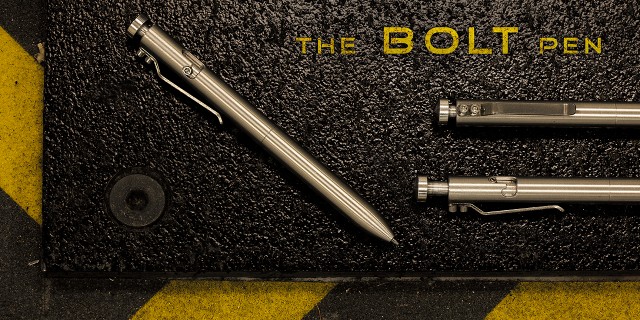 When one considers the items they carry and use on an everyday basis, few consider a pen to be that important of a tool. Sure, wallet, phone, knife, and even a flashlight will top the list of cool tools, but, a pen? Consider the fact that you use pens nearly every day. The check you wrote to pay the electricity bill. The number of that sweet little vixen you met last night. The signature you Hancock’d on that multi-million dollar contract. All done with a pen. So, why not make it one you’re happy to haul around? Pens have become unappreciated tools of our everyday lives, but they don’t have to. 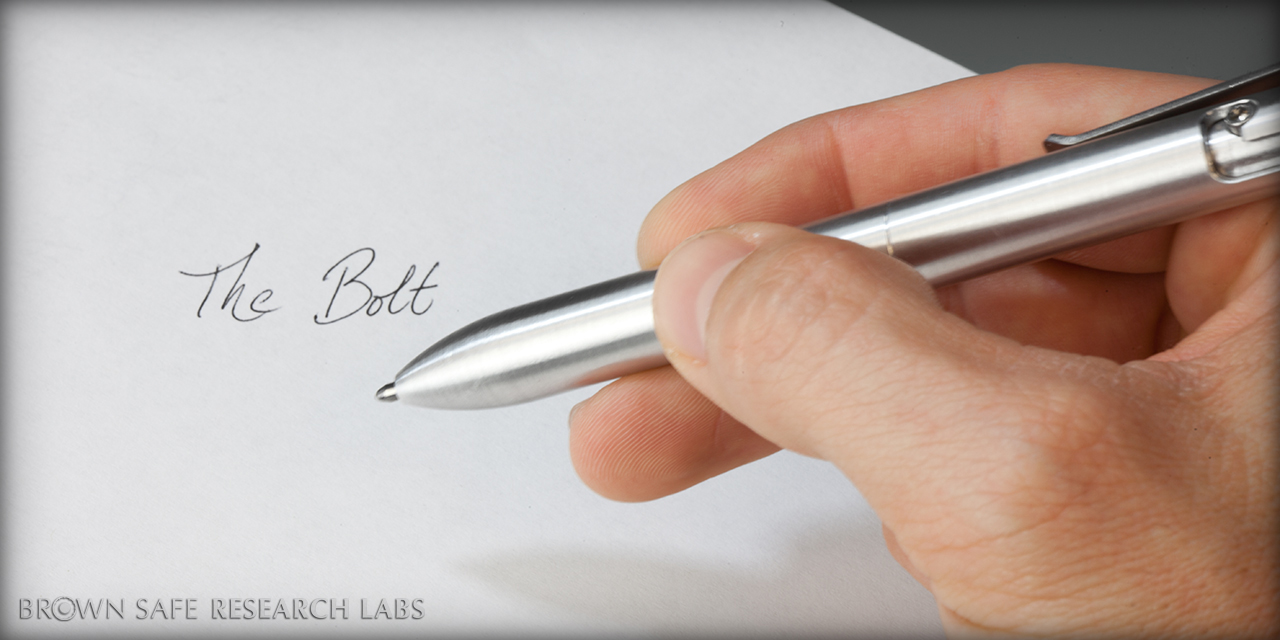 Enter the Bolt. A no-frills pen designed for strength, utility, and style by the Mesa, Arizona based Karas Kustoms. While this utilitarian pen boats solid, machined aluminum or brass construction and great aesthetics, the most interesting detail of the Bolt is that it’s bolt action mechanism. 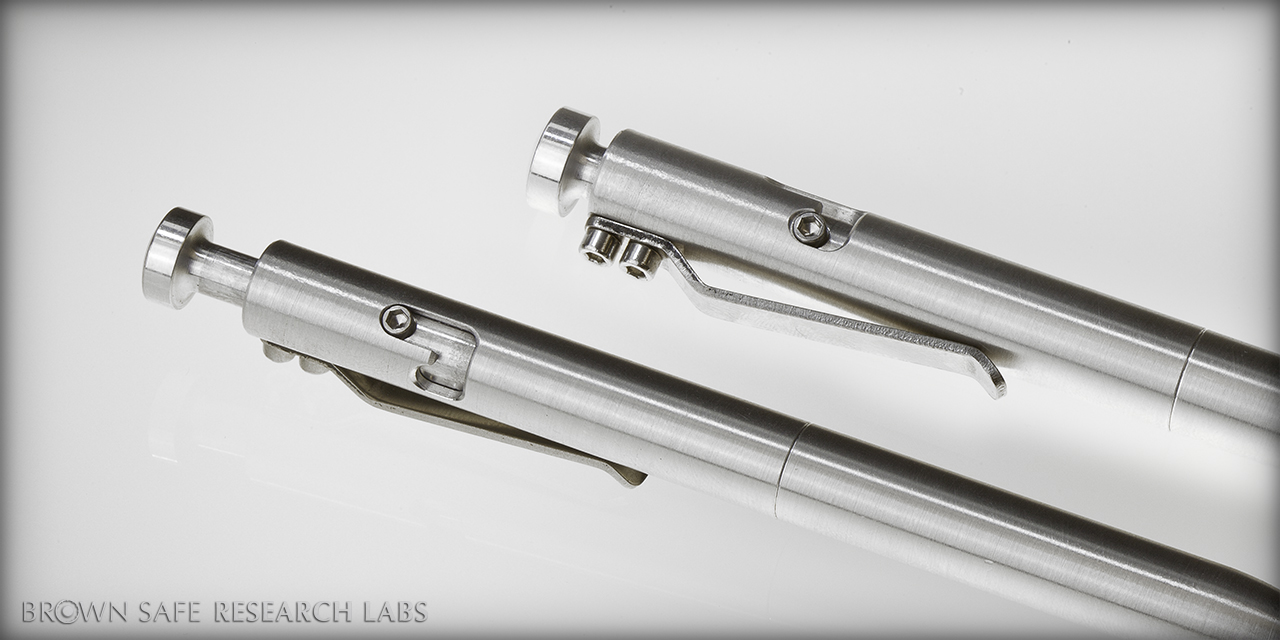 While it won’t fire anything (unless you get a bad ink insert), the Bolt’s “clicky” design is reminiscent of your grandfather’s old hunting rifle. Requiring both a push and a twist to fully engage, you’ll immediately be taken back to first time you pulled back the bolt on a 10/22 rifle. It’s exciting to use the Bolt. When was the last time your Bic gave you a thrill, eh?

Another exciting feature of the Bolt is its ability to accept such a wide variety of ink inserts. This ability makes the Bolt one of the most versatile and pens on the market, as you’re able to put your favorite insert in and go. Well played, Karas Kustoms.

Below is the list of different inks the Bolt can handle: 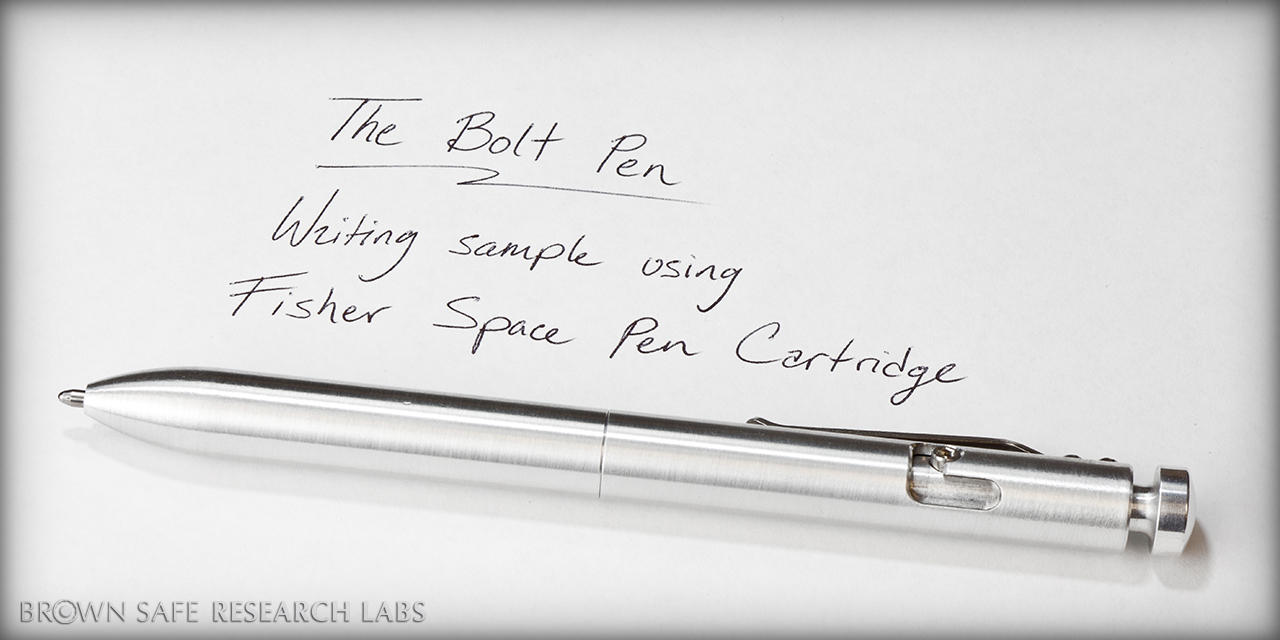 Writing with the Bolt is a breeze. The weight is just perfect, giving the Bolt a solid presence while still making it unnoticeable when need be. The ability to put such a wide variety of inserts into it gives it the capacity to write with any sort of consistency, texture, and even color as you see fit. Above, you can see some sample writing done with the Bolt, utilizing the Fisher Space Pen insert.

To top it off, Karas Kustoms gives you an Allen wrench. How much more manly can you feel when tweaking with a pen? We dare you. Put on your overalls, get some ink on your face, become a tactical pen mechanic, and make the Bolt the pen you’ve always wanted.

This entry was posted in INTEGRATE and tagged bolt action pen, luxury pen, The Bolt Pen. Bookmark the permalink.