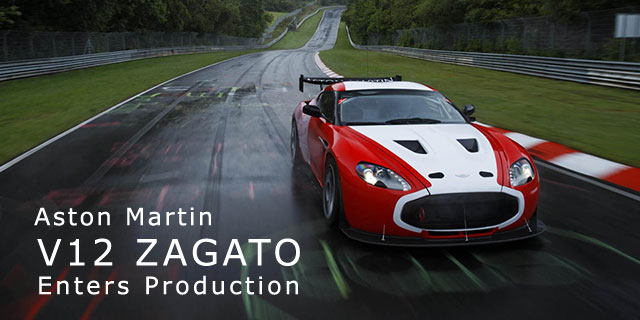 You can stop holding your breath now, according to an official Aston Martin press release the Aston Martin V12 Zagato is entering  production. Although with only 150 being made it’s not likely that you’ll be seeing one of these at your local dealership anytime in the near future. But if your were lucky enough to take one home you’ll need to be willing to shell out about a half a million dollars according to current price estimates. 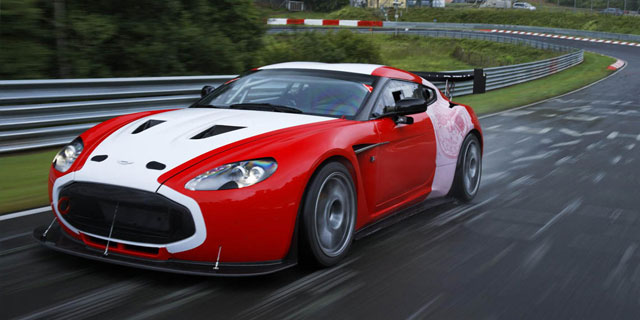 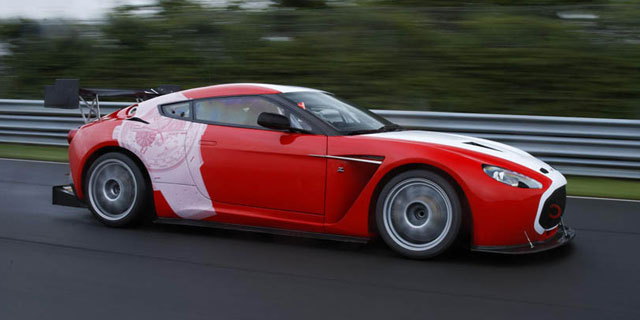 7 July 2011, Gaydon: Aston Martin confirms production of a strictly limited number of the new V12 Zagato following its successful unveilings. After winning the award for Design in the Concepts and Prototypes class at the prestigious Villa D’ Este Concours and then going on to prove its durability with the successful completion of the gruelling 39th ADAC Nürburgring 24 Hour race, Aston Martin confirms that there is overwhelmingly encouraging interest from customers to confirm production of the V12 Zagato.

Based on the acclaimed V12 Vantage and sporting a beautifully handcrafted aluminium and carbon fibre body, the V12 Zagato will be produced in very limited numbers for discerning customers. Orders are now being taken on a strictly first come first served basis and production is expected to commence during summer 2012 at Aston Martin’s global headquarters at Gaydon, Warwickshire.

Of the V12 Zagato, Aston Martin’s Chief Executive Dr. Ulrich Bez, said: “Such style, exclusivity and fastidious craftsmanship ensures it will be one of the most highly coveted models in Aston Martin’s 98-year history. A fabulous celebration of the iconic DB4GT Zagato, which celebrates its 50th anniversary this year, the V12 Zagato is the perfect inspiration for the next 50 years of Aston Martin.”

In honour of the performance and racing heritage of previous collaborations, the first two V12 Zagatos were developed as endurance race cars from the start and went into their track debut just a week after being shown to the public for the first time on the shores of Lake Como, Italy at the Villa D’Este Concours.

Entering the new V12 Zagatos in this year’s Nürburgring 24 Hour on 25th/26th June extended the company’s racing philosophy at the famous circuit. For five years Aston Martin has signed-off its new products by entering a car which is as close to the road car as possible and subjecting it to the toughest 24 hour test on what best simulates the extremities of public roads. This year went a step further by testing two cars at their prototype stage; combining forces to successfully cover more than 230 laps and over 3,700 miles in the 24 hour race at what Sir Jackie Stewart famously called ‘The Green Hell’.

Since opening in 2003, 13 new major production car Aston Martins have been developed and successfully brought to production at Gaydon, demonstrating the company’s ability to engineer and bring to reality cars in a shortened period of time. Design work on the V12 Zagato began in mid-2010 with initial engineering following in January 2011.

True to both Aston Martin and Zagato, the V12 Zagato is the pinnacle of a special and exclusive offering which matches its long standing heritage with the technology and craftsmanship of today.

Marek Reichman, Aston Martin’s Director of Design said: “The V12 Zagato is an elegant yet brutal design which reflects the great balance between race performance and pure Aston Martin style.

“The original DB4GT Zagato was a true icon, powerful and graceful; the new design is a true representation of the spirit of DB4GT Zagato. The muscular organic forms define the thoroughbred nature of the car’s racing credentials.”

Featuring a handcrafted aluminium and carbon fibre body, the V12 Zagato delivers a beautiful and muscular design not possible using pre-formed panel techniques. Using the influences and skill of nearly 100 years of heritage in the craft, every aluminium panel was formed using an English wheel and traditionally crafted body bucks. Iconic Zagato design cues include the double bubble roof created in this case from five separate pieces illustrating further the intensity of craftsmanship involved in the construction of the V12 Zagato.

Designed for the focused driver, the V12 Zagato has been honed with pure driving enjoyment in mind. The V12 Zagato combines Aston Martin’s most dynamic bonded aluminium platform with the power of the 6.0-litre V12 engine producing 510 bhp (380 kW / 517 PS), and 570 Nm (420 lb ft) of torque.

The strictly limited Aston Martin V12 Zagato is on sale now, priced at £330,000 GBP (exc. local taxes) with first deliveries expected from the second half of 2012. 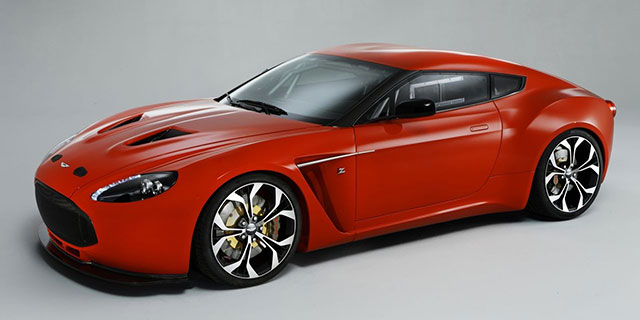 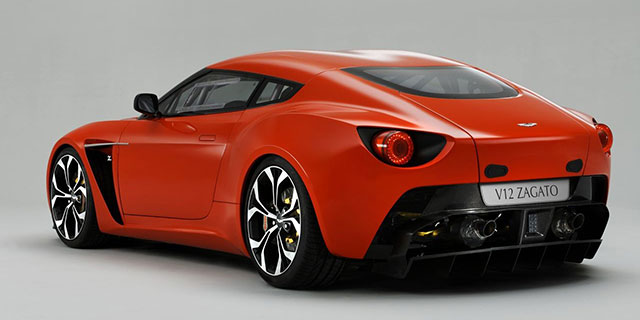