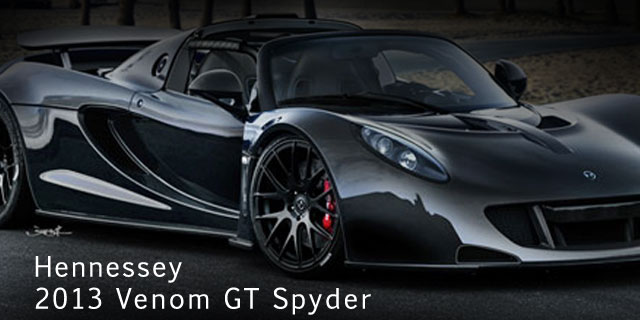 If you wondered what the fastest street legal car in the world today looked like, then wonder no more….the Henessy Venom GT owns this formidable title. And Hennessey Performance Engineering (HPE) is hoping to add another prestigious title with their new roofless version of the super car, the 2013 Hennessey Venom GT Spyder, and that is the title of world’s fastest convertible. Sporting an impressive 1,200 HP the new Venom GT Spyder is certainly the most powerful open-top on the streets, but it will need to maintain the previous Venom GT coupe’s top speed of 275 mph to earn its place atop the list of world’s fastest convertibles. 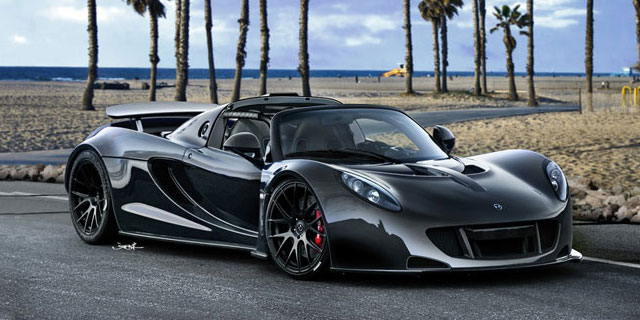 The removable roof of the new 2013 Hennessey Venom GT Spyder adds a bit more weight over the hardtop version which will probably impact its performance numbers, but with the coupe posting 0-60 mph in a mere 2.5 seconds and running up to 200 mph in a mind boggling 15.9 seconds the title of fastest convertible seems to be more than attainable for Hennessey (After all they are the only ones we know of that have bested the Bugatti Veyron). These staggering numbers are thanks to a V8 engine sourced from Cheverolet and boasts an output of 1,200 HP at 6,500 rpm and 1,155 lb-ft of torque at 4,200 rpm. All of this power is harnessed and sent to the rear 20 inch wheels via a custom Ricardo 6-speed gearbox, while controlling that power is handled by KW Variant 3 adjustable coilover suspension at all four corners. 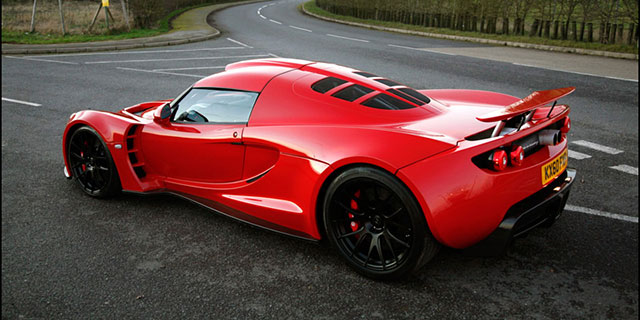 If the shape of Hennessey’s Venom GT looks familiar that’s because each one of these machines starts life as a Lotus Exige and then undergoes an extreme metamorphosis at the hands of Hennessey Performance Engineering transforming it into the Venom GT supercar. Hennessey places all the weight of the massive horsepower producing powerplant and transmission over the rear tires to gain maximum traction and weight distribution to create a mid-engine lightweight supercar with optimal power to weight ratio. New carbon fiber composite body panels and the addition of an adjustable rear wing are designed to produce the optimal amount of downforce to keep the Venom GT glued to the tarmac and handling like it’s on rails.  However you’ll have to act fast if you want to see just how fast the 2013 Hennessey Venom GT Spyder really goes, as HPE only plans on building five of the Spyder models for 2013, which are rapidly being snatched up even with the $1.1 million dollar price tag .