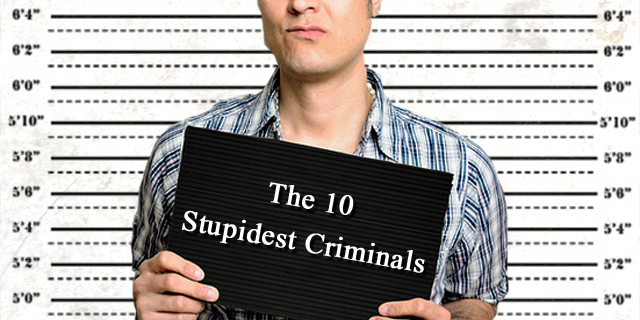 As providers of high-security solutions around the world, understanding the criminal mindset is part of our job description. But every once in awhile, we find proof that there’s just not much to understand. Here are the stories of The 10 Stupidest Criminals and their Stupid Crimes that are just too bizarre not to be true. Did we miss any? Let us know in the comments below: 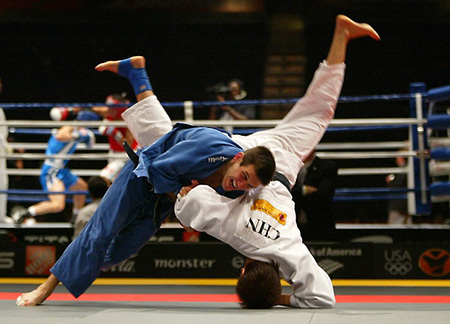 File this one under “people not to carjack.” In August of 2002, a 20-year-old Los Angeles man carjacked a couple and drove off with the woman still in the car, before pulling into a gas station with plans to snag a new vehicle. Unfortunately for him, his second target of the night was a nondescript beige minivan — which just happened to contain the Florida International University judo club, which was in town to teach a class. Police arrived a few minutes later to collect the bruised and bloodied criminal.

9. They knew what they were doing… sort of 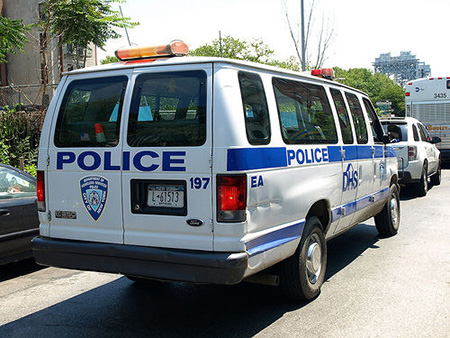 In July of 2011, two drunk men wandered out of a party in Radnor, Philadelphia and climbed into an empty police van to fake photos of themselves being arrested. Unlike the chap in #10, they knew what kind of vehicle they were getting into (and had enough smarts to make sure it was empty) — but apparently they forgot that once you’re closed into the back of a police vehicle, you can’t open the doors from the inside. A third drunken compatriot tried to get them out and, when he couldn’t figure out how to open the doors either, obliging called the police to extract his buddies. 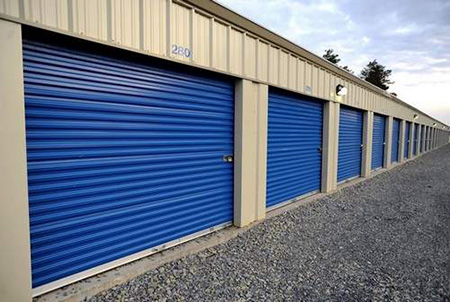 In March of 2011, a man crept into a storage unit with plans to burgle it. Unlike the dimwits in #9, he was smart enough to leave the door ajar so he’d be able to get himself back out. This worked great, until a diligent security guard on his rounds spotted the open door and pulled it closed. Once he heard the wannabe thief trying to get out the guard called police, who described opening the door to find the neatly packaged burglar “kind of like an early Christmas present.”

7. All dressed up and nowhere to rob 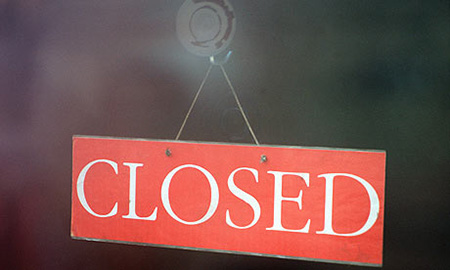 Sometime in 2008, a wannabe bank robber in Liberty, Pennsylvania pulled on an orange ski mask and armed himself with a shotgun. So far, so good. He then drove to the bank he’d decided to rob, walked up to the door, and pulled on the handle. Nothing happened. That particular bank closes at noon on Thursdays, and he’d arrived exactly one minute late. The employees were still inside, watching him try to get in (ski mask and all). Once robberman gave up and drove away, they recorded his license plate number and turned it over to the police, who promptly tracked him down and arrested him.

In May of 2012 two men entered a Colombian Internet café, used the computers for a while, then approached the register as if they were going to pay. Instead they robbed the cashier, ran off, and stole a motorcycle as part of their getaway. When the police showed up at the Internet café, they found one of the criminals’ Facebook account open on the computer, and used the information in it to arrest one of the men and recover the stolen motorcycle.

5. Choose your friends and victims carefully 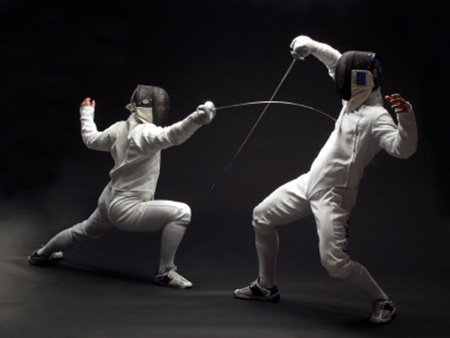 In 2008 a burglar in Hungary climbed a fence, intent on robbing the house within, only to be confronted by the homeowner. Said homeowner just happened to be an Olympic fencer, and she just happened to in the middle of practice — with sword ready to hand — when the fence-climber dropped in. She promptly fenced him up against a wall and held him there until the paramedics arrived to treat him for shock. The fencer, then-23-year-old Virgine Ujlaky, was quoted in the Austrian Times as saying “I wasn’t scared when I saw him. It was good practice as I have a competition coming up this week.”

The notes that accompany this video, when translated, explains that the criminals were trying to break into a house (and that there are no further details beyond this security camera footage). Obviously they weren’t successful.

3. Why multitasking is a bad idea 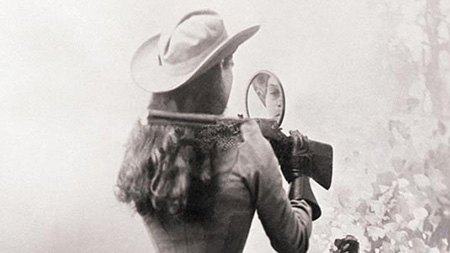 The supremely irreverent Darwin awards applaud those who “accidentally remove themselves” from the gene pool in inglorious ways. Entries that win an “award” — which really amounts to having your disgraceful doom spread all over the Internet — are verified for accuracy, as was the tale of a car thief who ended up fleeing from police on foot. For some reason he apparently decided to pull a gun and shoot at police — over his shoulder, while still running. He managed to shoot himself in the head instead. 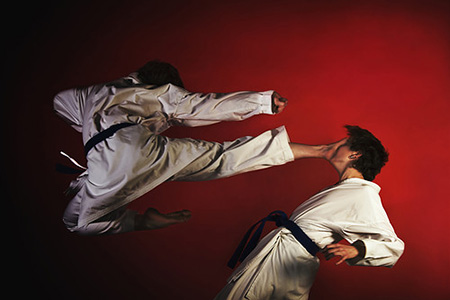 At least the man in #10 can claim that he didn’t know the van he tried to steal was full of judo students. But when an armed robber in Colombia walked into a karate academy with a gun and tried to make off with… well, we can’t imagine what he wanted to rob from a karate school, actually — one assumes he knew what he was getting into. The guys in pajamas smashing unsuspecting boards should have been a dead giveaway. Anyway, the predictable outcome ensued: The karate practitioners “took away his gun,” as reported in the UK’s Metro, and the would-be robber was sent to the hospital to recover from his adventure.

1. The stupidest of stupid places to rob 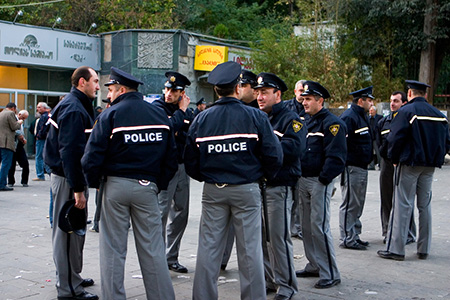 If there’s one thing that’s stupider than robbing a karate school, it’s robbing a retired police officer — in the middle of a police convention. But a 19-year-old robber in Harrisburg, Pennsylvania did exactly that in 2009, holding up the retired officer at gunpoint in the men’s room. The officer gave up his money, then drew his own gun from an ankle holster and ran the criminal down with help from other police. WGAL News quotes him as saying, “”Ten other cops came running out and we arrested probably the dumbest criminal in Pennsylvania.” 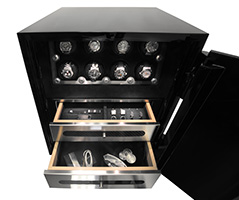 Unfortunately the majority of thieves are not nearly as dumb as this list would indicate. The main target popular with thieves today are items like jewelry that are often stored out in the open. Brown Safe jewelry safes keep jewelry protected and make it more convenient to access jewelry because it is all organized in one place, and with the help of an easy to use electronic keypad utilizing the safe couldn’t be faster. Visit BrownSafe.com to learn more and to purchase jewelry safes