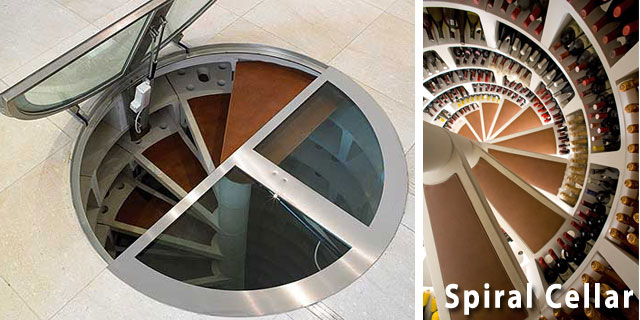 For serious wine collectors who don’t have an existing cellar or a lot of space comes a beautifully designed modern solution. The Spiral Cellar comes from a UK based company that uses a pre-cast cylindrical system to instantly create a walk in wine cellar that can be located in nearly any ground floor location. 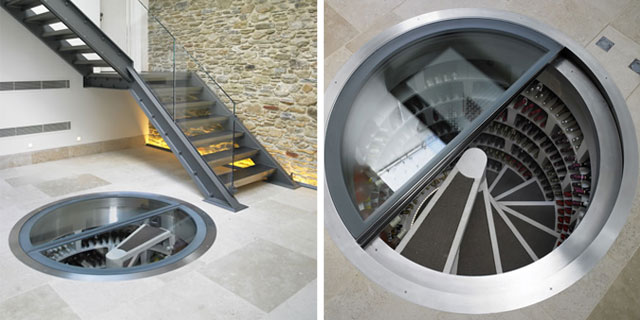 A Frenchman named Georges Harnois is credited with developing the first spiral cellar system in 1977. The idea was born out of the recognition that few modern houses had cellars, but the homeowners still wanted somewhere to store their wine. Harnois was inspired by the impressive Pont du Gard aqueduct, after a spiral staircase was installed to allow for access to the canal. According to the manufacturer of the Spiral Cellar, “One day, when passing the Pont du Gard by chance, the idea of a spiral staircase grew, and gave Georges the idea of storing wine in a circular fashion. Upon his return home, he started excavation in his garage, by digging a well 2m in diameter. The walls of the hole were built of brick and a staircase of wood. A few test clients were invited to the demonstration site, and were seduced by the concept. Obviously the final construction could not be of wood, due to vibration, humidity, and wood mites. Two weeks later he had developed a system of modules and steps constructed of concrete with some assistance and research by experts in the field of concrete manufacture. He then selected a partner manufacturer, who were able to offer a production facility, and grew a distribution network of agents throughout France. And thus the spiral cellar was born. 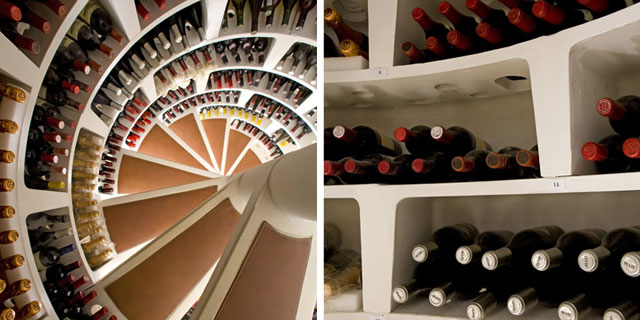 It can keep up to 1,900 bottles in perfect storage conditions and since, like a traditional cellar, it relies on the surrounding earth for its insulation, plus an ingenious air-flow system, it requires no power to maintain its constant temperature. Once it’s paid for, that’s it – no more expenses except for the wine itself, of course! 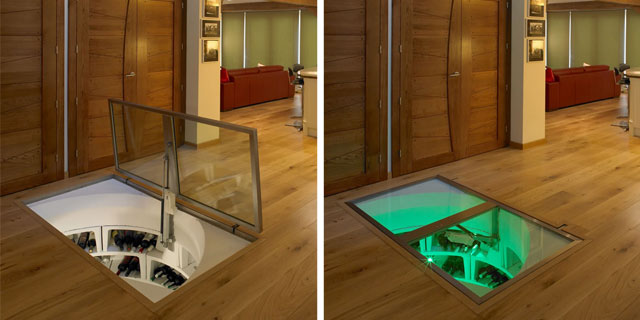 The trap door entry covers half of the circular hole that is excavated to make room for the cellar. The other half is covered with concrete and the floor covering of the room is fitted on top. This door can be positioned at any point on the centre line of the cellar, and by locating the first step in line with the trap door, the open trap door is on your left as you descend the cellar acting as a pseudo handrail. 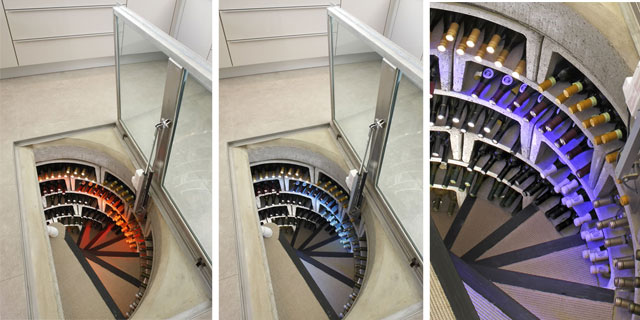 The watertight, concrete structures are offered in three different sizes with a capacity ranging from 650 to 1900 bottles. Each cellar has a diameter of approximately 6.5 feet and varies in depth from 6.5 feet to 9.75 feet. 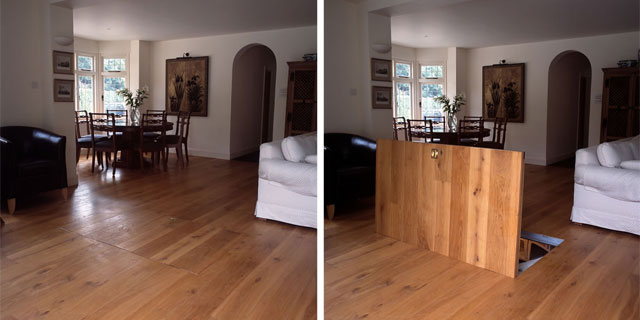 To suit your home decor or personal needs, the trap doors can be made to match the existing floor material or you can show off your cellar with the beautifully designed glass doors. Additional features such as motorized doors and led lighting further enhance the cellar usability and style. 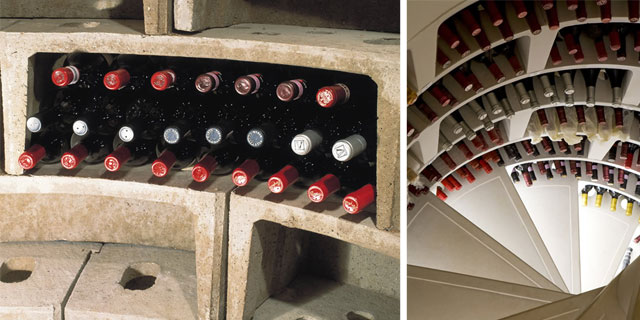 Prices for the various configurations of the Spiral Cellar range from approximately $20,500 to above $40,000 and beyond depending on additional features. For more information on the spiral wine cellars you can visit the manufacturer’s website here .