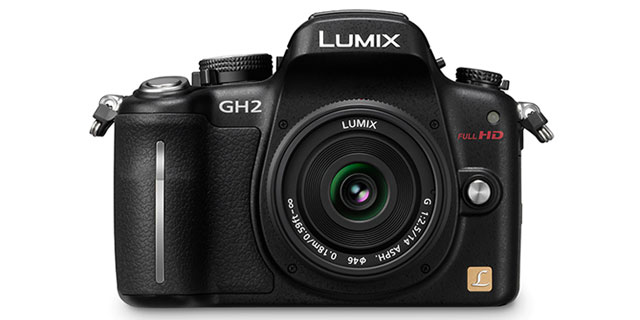 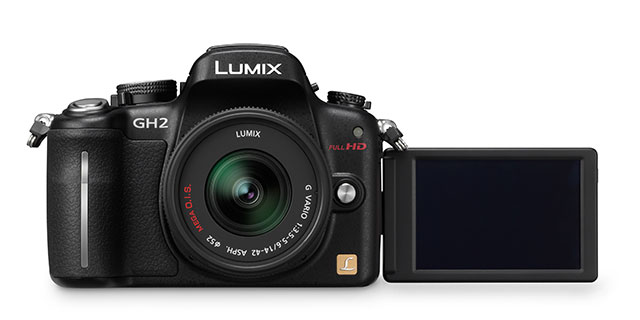 The GH2 has a fully articulated LCD monitor that uses touch screen technology to easily adjust focus, aperture, shutter speed, and exposure while previewing the results in real time. This intuitive system is a new and easy way to get the perfect shot. The articulating screen allows the camera to be placed in any number of odd angles or positions and still see what you’re shooting, which is perfect for quick acquisition while shooting high, low, and in-between angles. 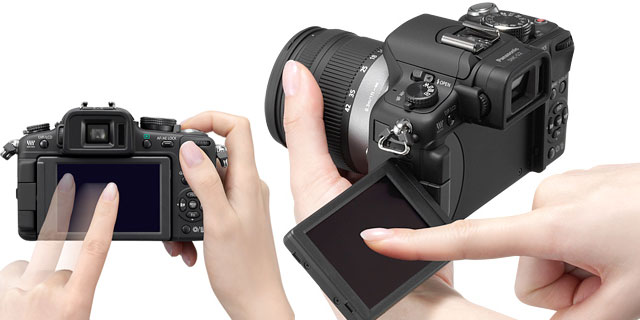 And speed is what the GH2 is all about , Panasonic claims the DMC-GH2 features the world’s fastest level Light Speed Auto Focus of approximately 0.1 second. This is  achieved by reducing the detection time for focusing by doubling the drive speed from 60 frames per second to 120 frames per second. Combined with the touch auto focus control, setting and focusing at the subject is incredibly easy and quick, perfect for capturing those spur-of-the-moment shots. The GH2’s high-speed consecutive shooting ability is yet another handy feature that will help catch all the action frame by frame. All this is made possible with new 16.05-megapixel multi-aspect Live MOS sensor helps to realize the high speed burst shooting at 5 frames per second in full 16.05-megapixel resolution with mechanical shutter, and an even faster 3 frames per second even when using the Full-time Live View. Even higher speed burst shooting is available with the DMC-GH2 if electronic shutter is used, getting 40 frames per second in 4-megapixel. 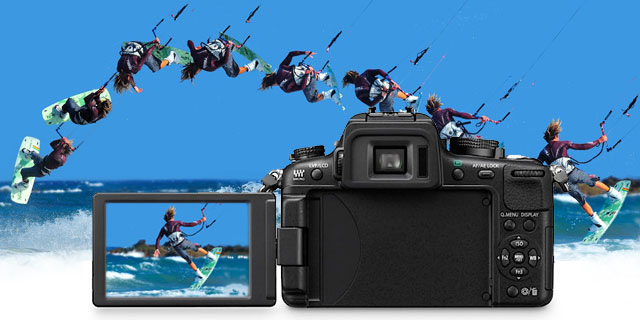 The GH2 also boasts world’s first interchangeable 3D lens for full 3D shooting . When this lens is attached the DMC-GH2  artificially produces an effect called visual disparity. Two lenses side by side capture the Left-eye and right-eye images simultaneously. Because the left and right eyes are located at different positions on the face, the left and right eyes perceive slightly different images. The difference between the two images is called “visual disparity”. The brain processes these two images with visual disparity to reconstruct spatial conditions, enabling us to see thing with three-dimensional depth. To view the 3D images captured with the Lumix DMC-GH2, simply connect the camera to your 3D compatible TV or monitor. 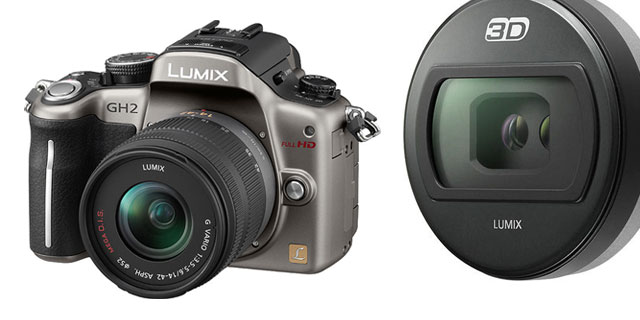 Finally, another major advantage of the Lumix GH2 Micro four thirds system is that it allows for many of the same features of a DSLR, but utilizes an electronic viewfinder rather than an optical viewfinder which requires a mirror box. This means the body of the camera can be quite a bit smaller, and therefore may be a better option for those requiring high quality shooting capabilities where space and weight is at a premium. 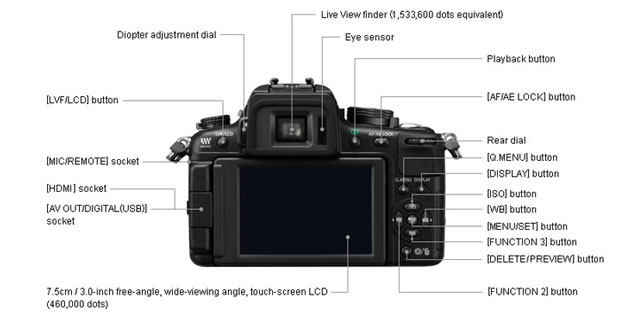 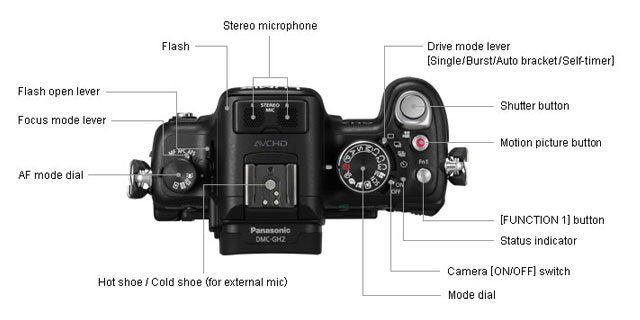