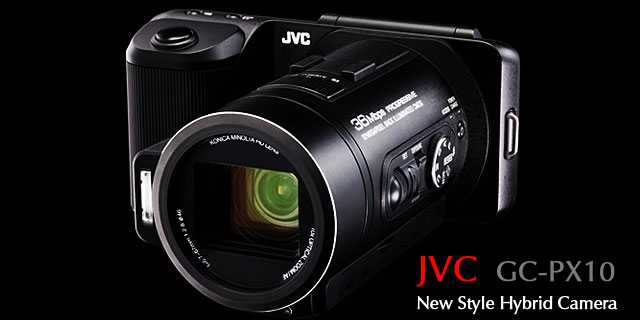 JVC has just created a brand new breed of hybrid camera, and this little beast is built to cover just about all of your image capture needs.  According to JVC the GC-PX10 isn’t a still camera that also takes video, nor is it a video recorder that can take stills – rather it is an entirely new system of all-in-one camera. One that is capable of capturing action at 60 frames per second for high-resolution stills, or you could simply grab the best still from anything shot in progressive Full HD video, and perhaps you would like to slow down the action to see what you’ve missed with the 300fps high-speed recording. This new style of hybrid camera from JVC just may be the premier feature packed device to help you seize every moment and capture every detail of it. 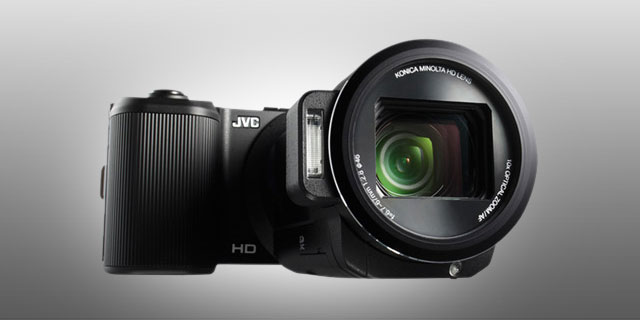 Features include a 12 megapixel backlit CMOS sensor that reduces the loss of incoming light and translates into a greater ability to gather visual information which results in brighter, more detailed images. At 32 gigs of internal memory the GC-PX10 means you can start recording right away, and additional storage capacity is provided via a SD expansion slot. The large touch panel LCD display tilts to easily see what you  are capturing at low or high angles, or for those all-important self portraits. A 10 times optical zoom lens by Konica Minolta means you’ll be able to get those detailed shots no matter where you are perched, and with Dynamic Zoom technology you can magnify up to 19x without any loss in picture quality. This hybrid camera features their robust “Falconbird” imaging engine which provides high-speed processing of large amounts of pixel data in a single chip design to optimize efficiency and reduce size, and allows you to take full advantage of all the features the JVC GC-PX10 has to offer. 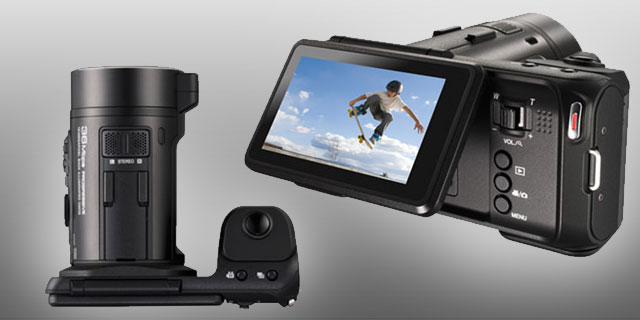 This all-in-one packs quite the punch and still comes in under the $1k mark, the JVC GC-PX10 hybrid camera is available now for $899.95. Visit the JVC GX-PX10 website for purchasing information and detailed specs. 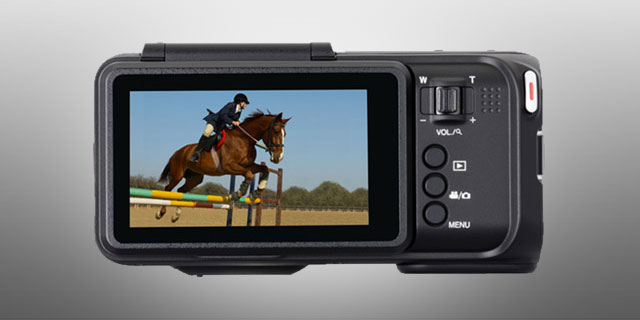