The high-end Swiss watch manufacturer, IWC Schaffhausen, has deemed 2012 the year of the high-flyers. IWC is focusing its efforts for the current year on its Pilot’s watch model range. Although the official unveiling of the IWC Pilot’s Watch family is set for SIHH 2012, which is still weeks away, they have given us a sneak peak of their aesthetic direction with the IWC TOP GUN Miramar Chronograph. The featured watch takes its name from the famed Naval Air Station in Miramar California known for its elite training facility and the birthplace of Top Gun pilots. 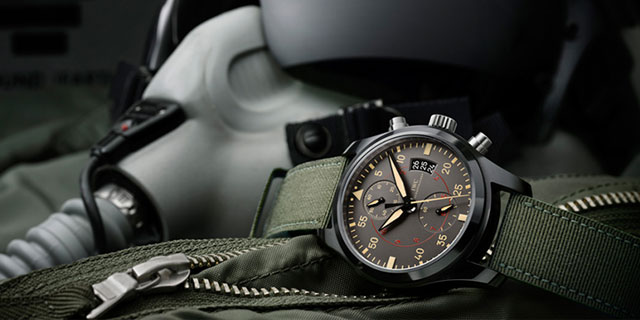 IWC has a long tradition of producing timepieces for pilots and draws on this inspiration in the design and function of the TOP GUN Miramar watch. At first glance the design in unmistakable in its military styling. The olive green nylon used for the watch band is synonymous with military aesthetic as well as the flight suits worn by Top Gun pilots. The muted tone of the full ceramic 48mm wide case is fitting of aero-nautical instruments and the brown watch face with tan lume indicators suggest a camouflage look. According to the CEO of IWC Schaffhausen, Georges Kern, the main priority of pilots using their watches as a navigational tool is the optimum legibility of the seconds and minutes. In the early days of watches made specifically for pilots these two were often the only indicators shown on the outer ring, and the hours would be relatively small and appeared on a central ring on the watch face. It is just this type of historical reference from which the IWC designers pulled inspiration for the Pilot’s Watch Top Gun Miramar. 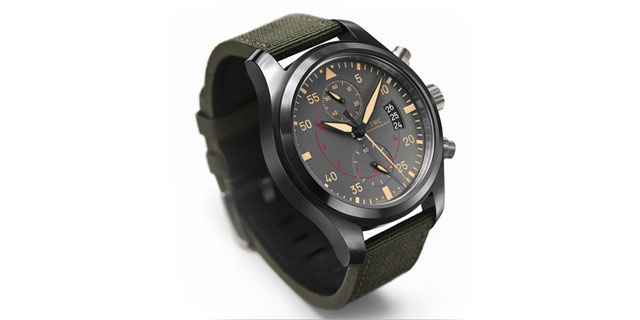 The Big Pilot’s Watch TOP GUN Miramar uses IWC’s largest automatic movement, and features a power reserve of an astounding 168 hours. The Pilot’s Watch Chronograph TOP GUN Miramar uses the caliber 89365, which is one of the most advanced chronograph movements the company has ever produced, and features a flyback function in addition to an analogue display for stopped minutes and seconds. 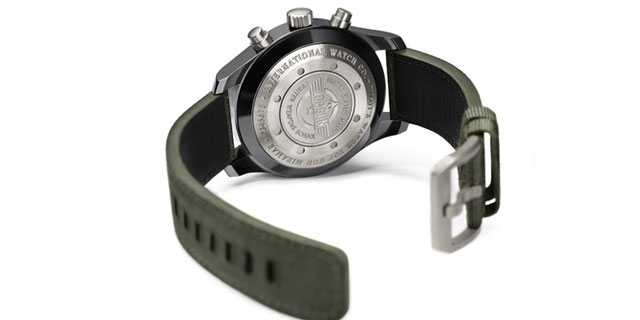 The TOP GUN collection may not be for everyone, but this Pilot’s Watch by IWC can be our wingman any day.

Let us know what you think about the new TOP GUN Miramar in the comments section below.