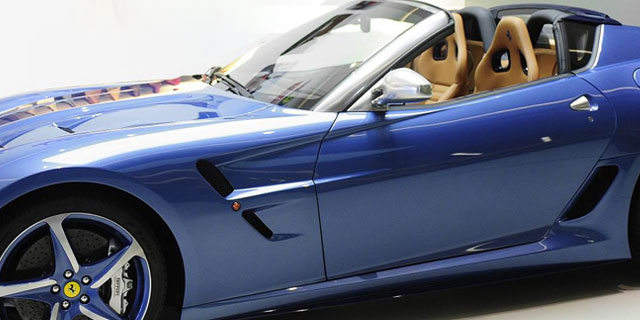 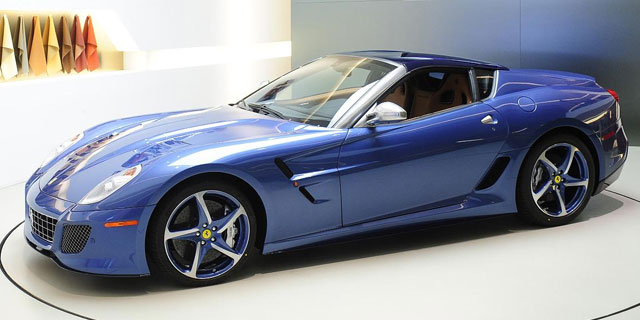 The Superamerica was designed, engineered and built in-house, and the car incorporates things like a carbon fiber rotating hardtop, as well as a completely redesigned boot in order to house the roof while it’s removed. This appears to be similar to the mechanism used on the Ferrari 575-based Superamerica, as well as the (significantly cheaper) Renault Wind. Body-colored rear buttresses mold into the wide wheel arches. Other unique touches include brushed aluminum A-pillars, wing mirrors and a chrome front grille.

This special Superamerica 45 is painted in Blu Antille, which is designed to match the 1961 400 Superamerica cabriolet that Kalikow has in his collection. The 45’s wheels are body-colored with a contrasting diamond finish, and a darker blue is used on the front splitter, side skirts and rear diffuser. 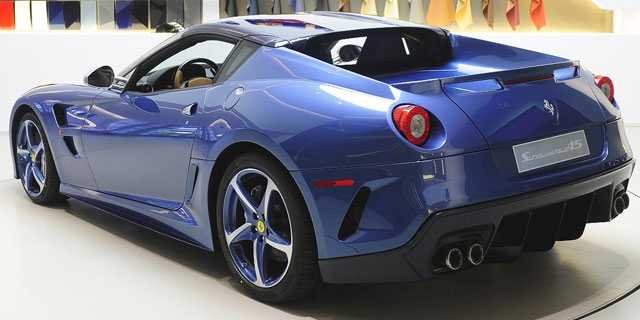 We’re sure Mr. Kalikow will be thrilled. Follow the link for Ferrari’s official  Superamerica 45 press release .