10 Most Secure Locations on the Planet

They say safety is relative. Some people go their entire lives and NEVER feel safe. Others take incredible precautions to protect both themselves and their loved ones from anyone and anything that may seek to cause them harm (babyproofing anyone?).

Where are you most safe? Are you thinking about places where you can retreat and hide from the world? If so, here are the 10 Most Secure Locations on the Planet that are considered the safest, for various reasons.

Located in Kentucky south of Louisville, Fort Knox is home to the United States’ monetary assets, said to hold tons of gold – 5,000 tons at last estimate (equal to about 2% of ALL Gold ever mined from the Earth). To make it safe enough (if the location surrounding by the military camp isn’t enough) there is a bank vault within a deep basement of the building that has a 250 ton door marking its entrance. 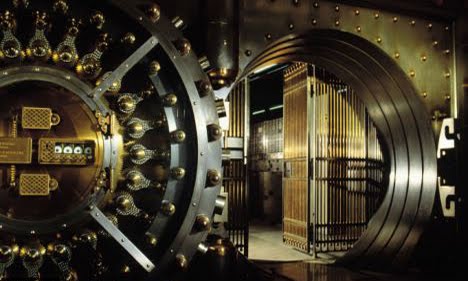 This is also in the United States, located just outside of Colorado Springs, CO. It is the command center and control, communication and the intelligence center for both the United States Space Command missions and the North American Aerospace Defense Command (NORAD). Built at the height of the Cold War, the facility is said to be sturdy enough to survive a multimegaton nuclear detonation within 1 nautical mile (1.9km) of it’s center. It has blast doors that each weigh, individually, 25 tons.

Located in the Sealand in the North Sea, about six miles off the coast of Britain, this location is a company base founded in 2000. The company provides data protection. The only way you can get in is if you are an authorized staff member, an investor in the company or you are a Royal Family member. Although services for HavenCo ceased without explanation in 2008, it’s an example of the type of “island data haven” that is very secure do to it being SO HARD to get to traditionally. 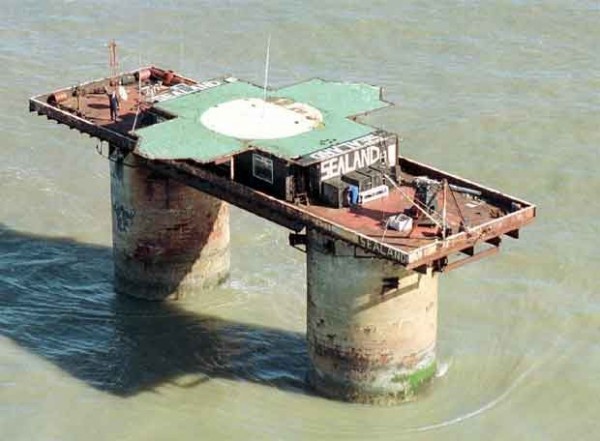 The famed stories be true or not, this area in the remote deserts of Las Vegas is more than just strange. It is also one of the most secure locations on the planet. It is a United States military base ( a detachment from Edwards Air Force Base in CA) where no one knows what’s occurring, except those that work there and the President. Known by many names (Groom Lake, Dreamland, Paradise Ranch, etc.) Area 51 is believed to be a testing ground for advanced and experimental aircraft.

One of the most well built planes in the world and what many consider the world’s most secure moving location, Air Force One has plenty of security. The United States President travels in a modified Boeing 747-200B series aircraft. It has the world’s most advanced flight avoidance, air-to-air defense, and electronics  technology packages available anywhere in the World, all for the protection of the Commander-in-Chief and his entourage. 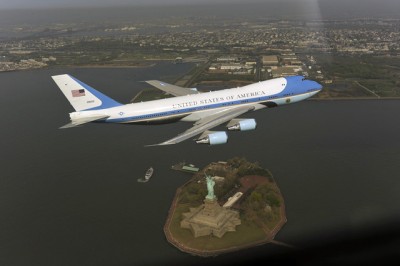 The Administrative Maximum Facility (ADX for short) is a supermax prison (for men) in Colorado housing the baddest of the bad. These criminals are considered the most dangerous cons in the US and has earned the prison the nickname of “Alcatraz of the Rockies.” Described by one former ADX warden as “a cleaner version of hell”, security measures at the prison include attack dogs guarding the area between the prison walls and 12 ft. high razor wire fences, 1,400 remotely controlled steel doors, motion detecting laser beams, pressure pads and cameras. Current residents of the prison include infamous “Shoe Bomber” Richard Reid, 9/11 terrorist mastermind Zacarias Moussaoui, and Oklahoma City bombing conspirator Terry Nichols among many, many others.

Located  100 feet underground within Britain’s secret subterranean Burlington bunker complex in Wiltshire, England, the 1960’s Bar is a recreation of a pub popular with British Government officials. This top secret base was first constructed during the Cold War and designed to be a refuge for the higher-ups to reconstruct Britain in the event of a nuclear attack…needless to say they figured  they would need a few pints to wait out the radiation. 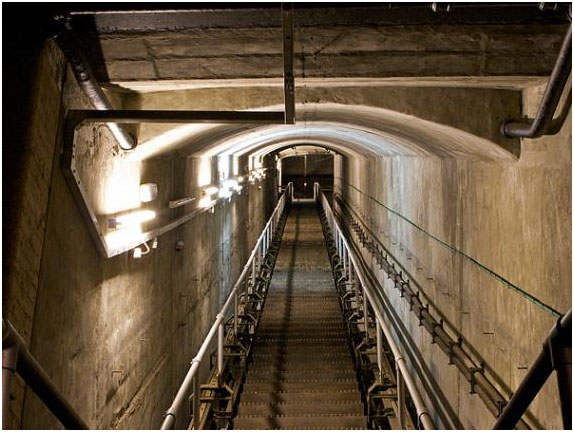 Located in Derby, England, this car park is multi-story stronghold for 440 cars. First conceived and designed by an agricultural engineer after he had the window of his car smashed and his radio stolen while in an airport parking structure.  Sophisticated security measures include CCTV  cameras, panic buttons, bar-code scanning entry doors, and advanced sensors controlled by a central computer that detect any and all movements of each car. Although, at over $30 dollars an hour, keeping your auto safe in the UK isn’t cheap. 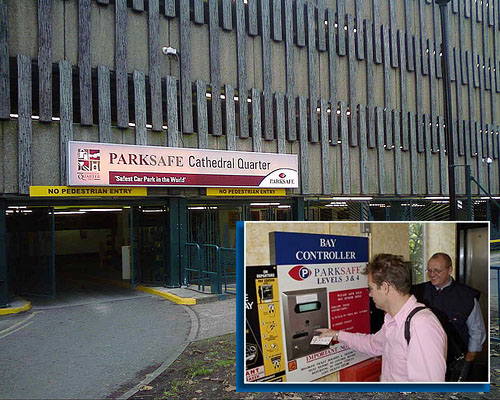 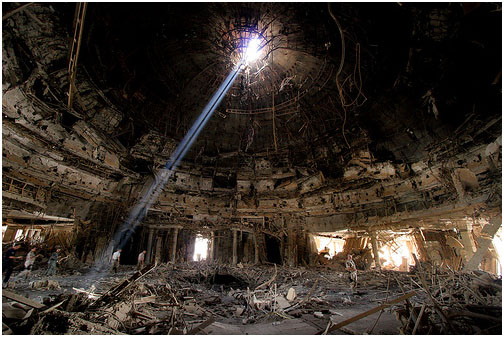 The records storage of the Mormon Church is a massive vault encased in rock at Granite Mountains, Utah first opened in 1965. Armed guards waving metal detector wands usher visitors into a concrete bunker before swinging open metal gates to a tunnel entrance. Excavated 600 ft inside the mountain, the vault features state-of-the-art environmentally controlled document storage chambers as well as administrative offices, shipping and receiving docks, a processing facility and a restoration laboratory for microfilm. 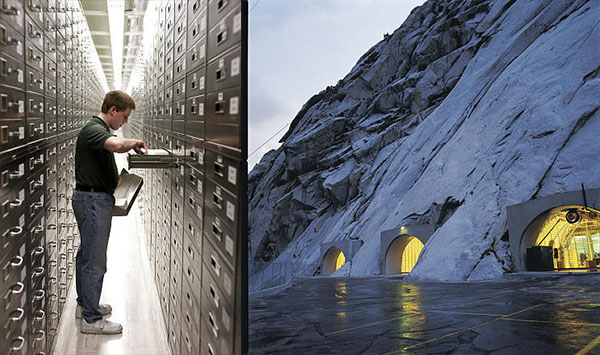 These are just a sampling of some of the world’s most SECURE locations. With the near daily unrest that occurrs even in developed countries today, there has been a lot of discussion about how secure any location really is. However, chances are good that if you are deep within these systems, you will be safe at least for some time. Did we miss one you think should have made the list? Let us know in the comment below.

WE ALL HAVE SOMETHING WORTH PROTECTING 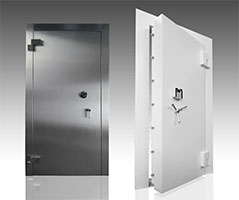 If this list of the world’s most secure locations has got you wondering about your home security, consider investing in a high-security Brown Safe vault door. Our vault doors are trusted by governmental agencies around the globe and we are the only manufacturer to offer this same level of protection in a vault door to the civilian market. Visit our Vault Door page to design the perfect vault door for your needs.